Here are the Upcoming Changes to UK Immigration Rules 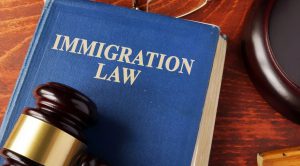 The Government recently confirmed changes to the UK Immigration Rules to implement their proposed ‘plan for growth’ measures. These includes new rules to improve and simplify UK work visas and provide UK businesses with access to a more flexible pool of highly skilled workers. The changes are being phased in over the next few months, and they start from the 6th April 2022.

Here are some key points for you when looking at this UK Immigration Rules…..

High Potential Individual Route
This visa route goes live to applicants on 30th May 2022. The aim is to make it as simple as possible for internationally mobile individuals who demonstrate high potential to come to live and work in the UK. The government’s plan is that this change will increase the pool of highly talented individuals available to UK businesses. It may go some way to alleviating the recruitment difficulties that many UK businesses are currently facing.

One significant difference from other visa routes is that graduates will be able to come and work in the UK without a pre-existing job offer from a UK employer. However, they must have a degree from a ‘top global University’ outside of the UK, awarded within the last five years, which meets or exceeds the recognised standard of a Bachelors or UK postgraduate degree. The University at which the applicant was awarded the degree must appear on the Global Universities List, which is published by the Home Office and compiled on an annual basis.

English language ability is required, and anyone applying for an entry visa or permission to stay must also meet a financial maintenance requirement. However, despite being previously advertised as a route to settlement or permanent residence in the UK, this route will not now lead to settlement. Time will tell as to whether this will impact the uptake of this visa option.

Global Business Mobility (GBM) Route
This route allows teams of workers to undertake assignments connected to a business’s expansion, thereby facilitating inward investment The aim of these rules is to make business mobility as seamless as possible. The new rules for this route will replace and simplify some existing routes, by bringing together, reforming and expanding current business immigration rules.

The route is split into these five subcategories:

The rule changes under this route include:

Importantly, despite recommendations from the Migration Advisory Committee, who advise the government on immigration, none of these routes will lead to settlement in the UK. That said, they do allow for dependent partners and children to accompany the main applicant. Note that the maximum cumulative period of permission that can be granted in any of the GBM routes is five years in any six year period, and nine years in any 10 year period for senior high earners (which applies to those earning more than £73,900 per year).

In addition, as the GBM routes are temporary routes, there will be no English language requirement. Applicants will be able to bring family dependents with them to the UK, and will also be able to switch from this route to other more permanent routes if they qualify.

Scale-Up Route
This new visa route goes live to applicants from 22nd August and is another route aimed at attracting talented individuals to high growth businesses in the UK. Applicants on this route must have a sponsored job offer from an authorised UK scale-up company, which will have to specifically register for this route to be applicable.

In order to register, a company will need to demonstrate that they have an annualised growth rate of at least 20% for the previous three years. Such companies will also need to have had a minimum of 10 employees at the start of the same three year period.

The job being offered must be skilled to graduate level, with a minimum salary requirement of £33,000 per year, or the going rate for the particular occupation, whichever is higher.

A subsequent three year extension can be sought, after which an application for permanent residence can also be made.

Some Other Changes
The final change to mention is that relating to the Global Talent route, and various changes to the 10-year settlement route for parents and partners that have also been introduced. In summary, the rules have been simplified, although some new requirements have also been added. In particular the following will now be eligible for settlement in the UK after five years:

Our View
It is fair to say that changes to these UK Immigration rules will probably be embraced by UK businesses and employers as a step in the right direction. They will mean that talented individuals are encouraged to come to the UK Like all changes, and with the complexity of some of them, people may find them tricky to navigate. That’s where we will be pleased to help you.

At Lumine Law we will always say seek good advice at the earliest opportunity. For your initial complimentary telephone consultation re the UK Immigration Rules then please Contact Us HERE.

This website uses cookies to improve your experience while you navigate through the website. Out of these, the cookies that are categorized as necessary are stored on your browser as they are essential for the working of basic functionalities of the website. We also use third-party cookies that help us analyze and understand how you use this website. These cookies will be stored in your browser only with your consent. You also have the option to opt-out of these cookies. But opting out of some of these cookies may affect your browsing experience.
Necessary Always Enabled
Necessary cookies are absolutely essential for the website to function properly. This category only includes cookies that ensures basic functionalities and security features of the website. These cookies do not store any personal information.
Non-necessary
Any cookies that may not be particularly necessary for the website to function and is used specifically to collect user personal data via analytics, ads, other embedded contents are termed as non-necessary cookies. It is mandatory to procure user consent prior to running these cookies on your website.
SAVE & ACCEPT